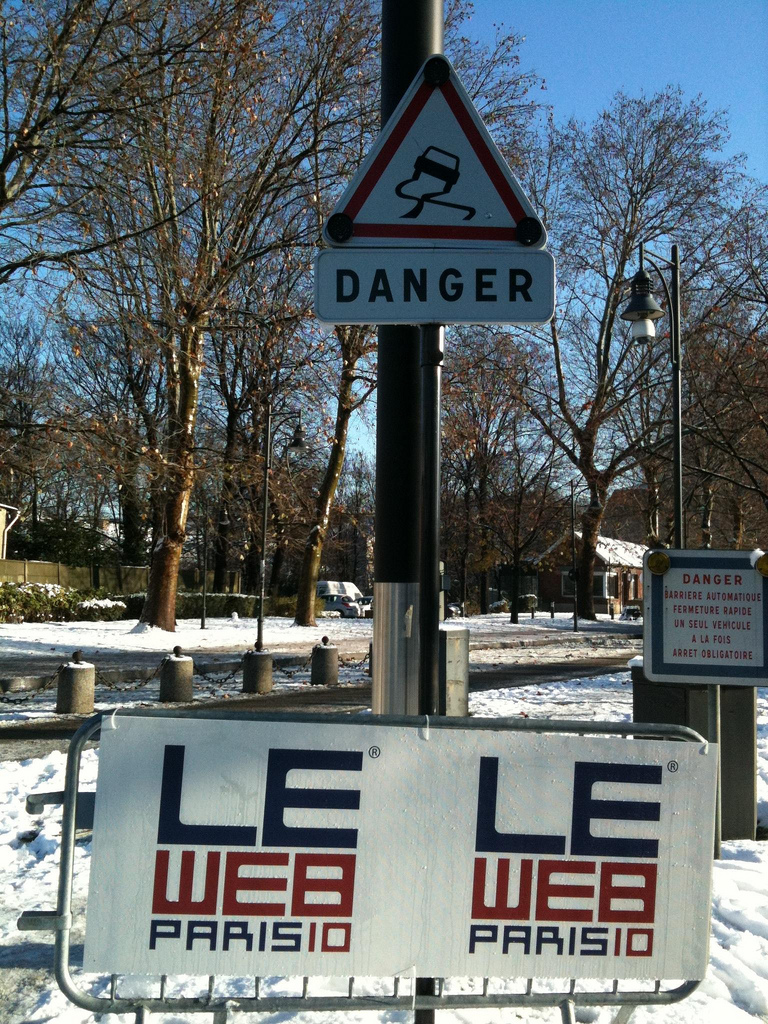 Passion and honest intention is close to impossible to copy or fake. Practically, everyone can throw a conference, but very few understand the meaning of creating Win-Win. Geraldine and Loic Le Meur do. I thank You for that.

LeWeb itself is a true startup story, created to build ecosystem and highlight startups. Like any other startup, it has been praised and bashed along the way, but with consistency, passion, hard work (watch the beginning of this and you’ll get the picture), and strong vision, it’s made its way to the top now having numbers to back it up. In six years LeWeb has grown from 250 attendees from 15 countries to nearly 3 000 from 60 countries. Overnight successes, anyone?

People do keep coming back for a reason, and flying in all the way from Japan, happy as ever, for 20 minutes on stage. But, for all you sceptics and non believers, LeWeb offered you to stay at home, lay back and join the 250 000 online viewers, and keep you updated with the approx. 60 000 tweets sent this year. Yes, #leweb also hit number one worldwide trending topic the first day on Twitter. And for your convenience, you can also catch up all LeWeb content on HD.

My partner in crime in Paris this year, Henriette Weber, summarizes the whole experience as Epic. Passion and honest intention shines through and is required to build a viable ecosystem (The official blogger backchannel speaks clearly on the commitment). It’s also what Dennis Crowley of Foursquare talked about, with both Loic and Leo Laporte agreeing on:

“To contribute back to the ecosystem is what makes it work”

Leo Laporte adding “Mentoring is capital”. Amen. The ecosystem is so badly needed, so I have to disagree with Paul Jozefak suggesting to make LeWeb invite only event in the future.

LeWeb is a place for people who understand the real value and meaning of connecting and being accessible, even if it means 200 business cards, and over 50 interviews in 6 hours.

There’s a war on talent going on. I don’t think I talked to or saw a single one presentation by a company or a startup on stage who isn’t hiring. And the US companies are here now in Europe getting in the game looking for talent. Besides from the growing concern how to avoid app apocalypse and build infrastructure to manage expected 25 million apps in the next 5 years, finding talent was the clear message from Intel, Google, Microsoft and Seesmic in the highly recommended panel on How To Build Your Own Platform moderated by Paul Papadimitriou.

Don’t Be A Conference Ho, And Don’t You Miss #LeWeb

Prior last year’s conference I made a list of all Nordic startup people attending to increase the mating opportunities. The list wasn’t too long then, but to my great disappointment there were even fewer names this year to make a list out of it. I completely agree with Mark Suster on avoiding to become a conference ho instead of practising strong leadership, as are there different phases and circumstances in the startup life and product cycle that may qualify as reason not to attend. LeWeb is not the one one should cut off as a European startup. When rest of the geek world and checkbooks come to Europe, you leave your screen, or rather bring it with you! I dearly hope that you guys from Nordics not taking the flight to Paris had a good reason for no show. You need the network, and you need those intros. (It was great to meet you who came, booked meetings for pitching and feedback. Thanks guys, stay in touch!) There were special prices for startups and as a startup, knowing how to hustle and building your network are your basic survival skills (rehearse with me). I give you three great examples.

Be Creative! How To Make Your Startup Stand Out In The Crowd

You have 48h to work your way through 3 000 people with your awesome new product or feature, but no demo booth, nor stage time? Here’s how to rise above the noise. Make it happen!

SoundCloud, platform to share audio, or Flickr for audio, had just released their new iPhone app with recording and sharing feature. How to make a deal out of it? Alexander Ljung, Founder and CEO of SoundCloud, worked the crowd by interviewing 36 industry people, clearly making an impression and getting the message through. Yes, Robert Scoble loves it for journalism. 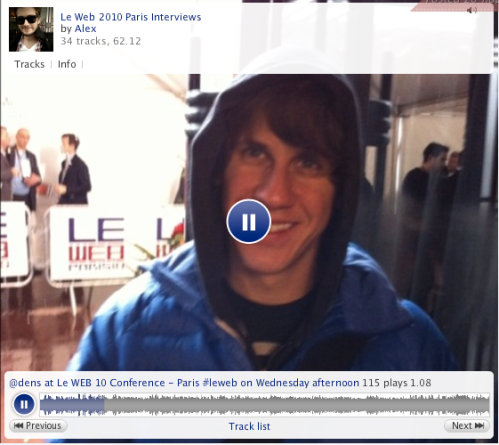 Azeem Azhar, CEO PeerIndex, a topic-based authority rankings measuring online social and reputation capital, brought us stickers and updated version of PeerIndex to LeWeb10. Azeem kept sticking on those PeerIndex scores to every single person he could find. I would’ve have proudly worn my score if it only hasn’t gone missing due Twitter API crash. Explanation that always works as valid excuse for a geek 🙂 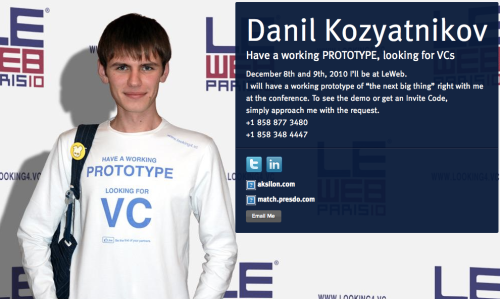 You think being located more than two feet away from London, SF, Valley or New York is a huge problem for your startup’s success? Double BS. Meet Danil Kozyatnikov of Aksilon from Siberia. Danil hustled his way to one of the free tickets (being from Siberia helps of course), prints awesome t-shirt with clear message and less than 140 characters, signs in on Presdo to book meetings – AND naturally gets valuable eyeballs by having a question to one of the most savvy guest on the stage, Dennis Crowley of Foursquare. BOOM. Perfect execution. I applaud.

Ain’t No Mountain High, No Street Slippery Enough… My answer will be Yes: I will be coming back to LeWeb’11 to claim my LeWeb Foursquare badge I tirelessly tried to unlock this year. I did get my consolation prize, though 🙂

Paula is Digital Product Advisor and Top 100 Women in Tech in Europe, focusing on Mobile only (first) products, and Go-to-market and Internationalization strategies. She has to date mentored over 150 digital technology companies, and rated as one of the very best startup mentors in Europe. Contact Paula to help your company grow its digital business. Read more about her work, connect @Twitter, @LinkedIn. “You never learn anything when you speak, only when you listen” – Roelof Botha / Douglas Leone, Sequoia Capital