“LeWeb is about entrepreneurship. It’s about being international. It’s about inspiration. It’s about the best of the best.” Loic Le Meur

“LeWeb is about pay-it-forward culture.”

While the official LeWeb theme was SoLoMo, Social, Local, Mobile, I felt this year was particularly about the entrepreneurial stories, the successes and failures that thrive the change. Steve Blank explains the pay-it-forward culture best: “We’re all in this together.”

In the spirit of pay-it-forward culture, I’ve gathered the most important learnings from 10 exceptional founders on stage, advice given at startup competition, and finishing with Mr. Karl Lagerfeld himself, also a high school drop-out, and probably the most entrepreneurial and curious soul at LeWeb this year.

I was truly glad that Daniel Ek, CEO and Co-founder of Spotify, made it to LeWeb this year, and together with Loic shared the importance of pay-it-forward culture. All success feeds each other and no startup cluster, hub or ecosystem won’t grow, nor bloom, without sharing those successes. I think the European, and specifically Nordic startup ecosystem needs to hear it explicitly from today’s change makers. 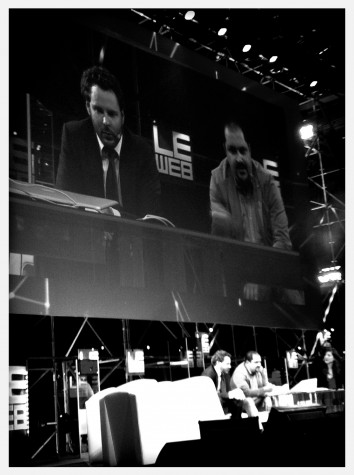 “Great idea is crazy idea right until it becomes self-evident”

Ben Parr didn’t just share his views on upcoming trends, but friendly advice to entrepreneurs from his time as editor in large at Mashable.

Fair to say, I can’t wait to see what kind of sequoia Ben is about to plant, and Loic promised to invest in 🙂 Hint: It won’t be a photo sharing, nor a daily deal app. Watch Ben in action.

Ps. Check out all live sketches from LeWeb’11 by Livesketching

Startup Competition With Advice On The Importance of Focus 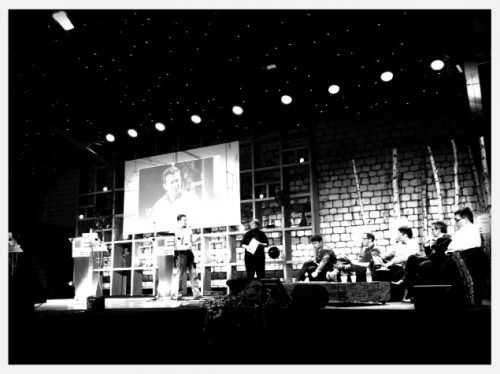 One could receive great advice from Startup Competition judges, urging to focus and not try to solve multiple huge problems simultaneously. ClearKarma got the judges excited in the beginning by offering consumers safer food choices, but in the end left them worried by facing a classic chicken and egg problem: Trying to solve two huge problems at the same time. As young startup it’s important to have bold vision, but more importantly, to have the ability to focus. Watch the entire pitch and Q&A.

Karl Lagerfeld doesn’t think he’s the right person to give general advice to entrepreneurs, but here’re few of his learnings that fit right in:

Thank You Geraldine And Loic For Paying It Forward! 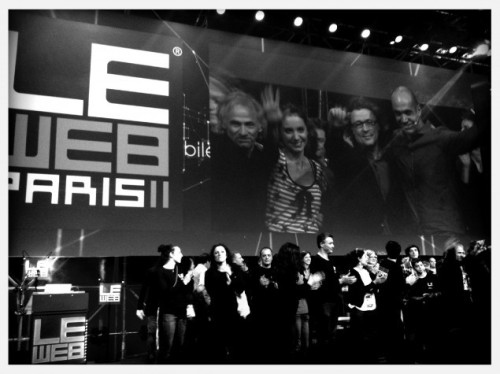 My dear startups: Keep paying it forward and come back to share your story next year at LeWeb, December 4-6 2012!

Paula is Digital Product Advisor and Top 100 Women in Tech in Europe, focusing on Product, Go-to-market, and Internationalization strategies. She has to date mentored over 150 digital technology companies on product, marketing and growth, and rated as one of the very best startup mentors in Europe. Contact Paula to to build engaging digital products and cooperate on #Startups #WomenInTech #GenderEquality #ClimateChange and #OpenWeb. Read more about her work and connect @Twitter, @LinkedIn. “You never learn anything when you speak, only when you listen” – Roelof Botha / Douglas Leone, Sequoia Capital