The Year European Startups Broke #Next12 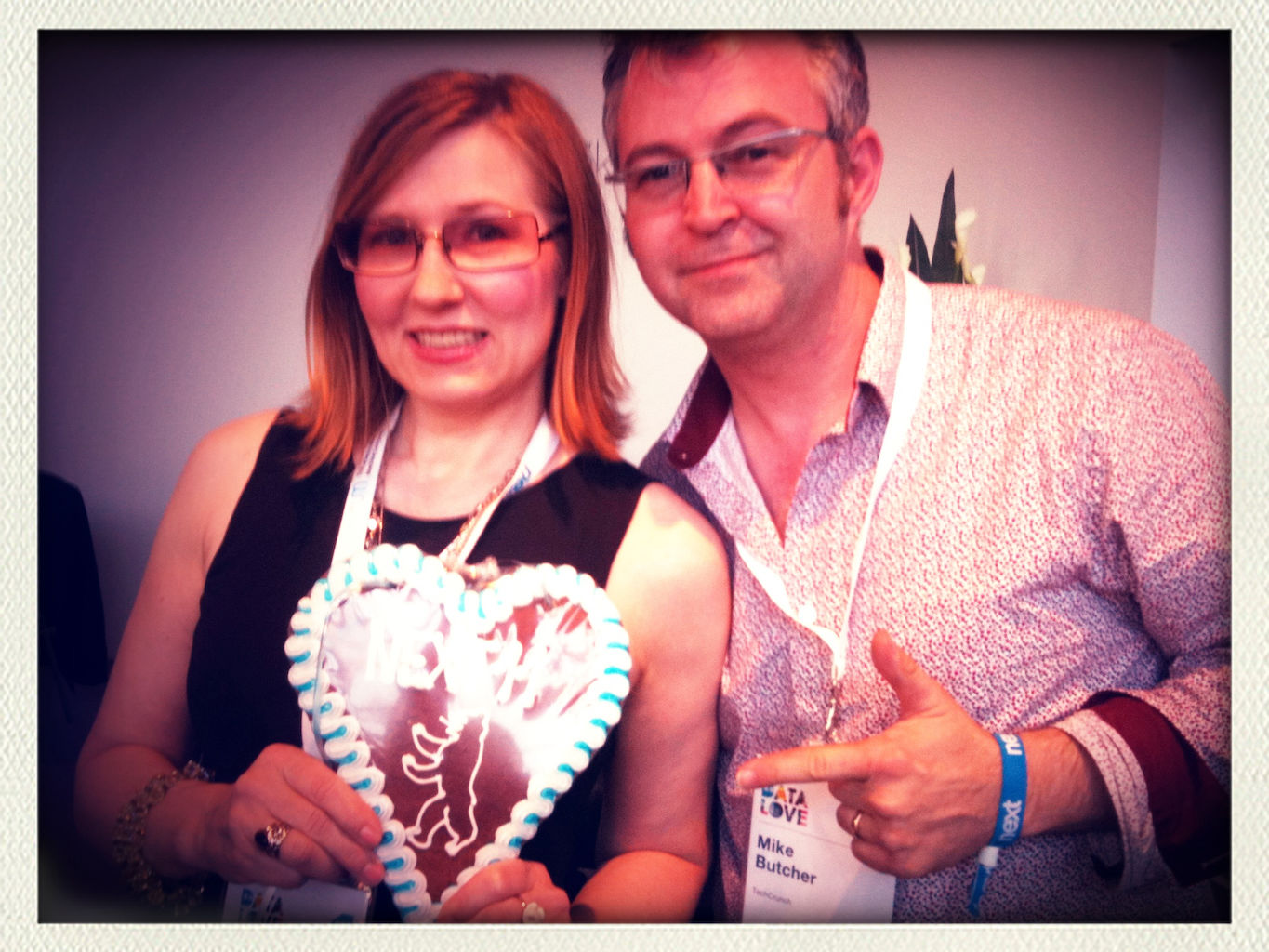 [Complete Guide: How to Pick Right Conference Strategy For Your Startup]

I was delighted to have been invited back to join the Next Berlin #Next12 and just like last year I was generously taken care of by pr://ip team responsible for the official blogger program. Kudos Christoph, Lea and Norbert!

#Next12 was all Deutsche Telekom play, owning the scene to introduce its new Berlin based business incubator hub:raum, adding extra heavy weight to the announcement by partnering up with savvy General Assembly, a campus for technology, design, and entrepreneurship from New York, co-founded by Matthew O. Brimer. 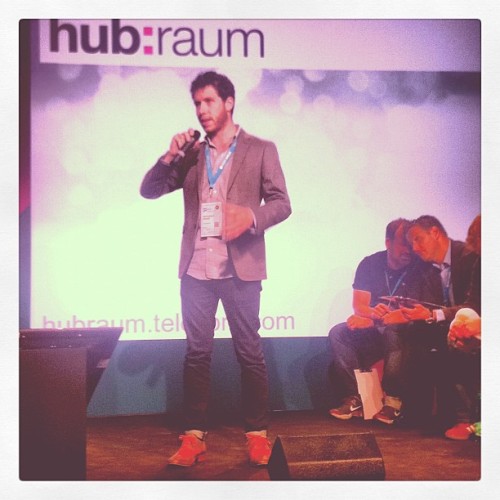 In other words, with many European governments and large corporations having laid their eyes on startups as a way to innovate their way out of bad economy and outdated business models, a great year for startups to attend with all the extras: Dedicated conference track and hall, proper stage and slick video introductions of the 12 competing startups.

As an early stage startup, it’s easy to get caught up with the flood of invitations to join new startup accelerators, incubators, web conferences, networking events, weekend hackathons – and the list goes on. Just a look at events Berlin alone had to offer in May, makes one short of breath. Venture capital is flying in weekly from all over Europe to meet teams, and it’s hard to meet a German angel investor who isn’t about to open up a Berlin office. Trust me, when Finnish media starts paging after Finnish startups based in Berlin (none to be found to date), we’re close to hitting the climax. And just as positive and empowering as it can be to be the center of all attention, for many first time entrepreneurs it soon gets overwhelming, thus killing focus, and adding extra pink touch to their already pink shades.

The Difference Between Internet And Startup / Technology Conferences

Conferences and competitions are a great way to launch your product, get your message out, get feedback on your product, practice your pitch, network and recruit, so how does one pick wisely to not kill focus?

The tweet is by Edial Dekker, CEO and co-founder of Berlin startup Gidsy, marketplace for authentic experiences, who joined a panel to discuss Berlin Startups: The Friendship Economy (hopefully soon on video for us who missed it). He makes an adequate point, and having during the past year seen over 250 startups pitching at various events, I’ll take it a step further by also separating Internet conferences from technology and startup conferences.

Here’s how attending an Internet conference as an early stage Internet technology startup is different from a pure technology or startup conference:

Rule Of Thumb: Internet conferences have most value to early stage startups when you already have a working product.

At Internet conferences startups are not the main act, you are being served as a side dish, how big of a kind depends on the market economics. You can make pretty good assumptions based on the program, judges and sponsor list, whether it’s a year of the startups. Unlike tech and startup events, Internet conferences seldom have natural habitat for startups to network with each other, like speakers, media and bloggers do. To share and listen to war stories and experiences of others is high on the agenda for a young startup, especially when hitting the Trough of Sorrow stage. Would you have missed that opportunity at #Next12, Annika Lidne has interviewed two Swedish entrepreneurs, Berlin’s own Henrik Berggren, CEO of Readmill, and Betaworks’ new family member Mattias Swenson, CEO of Bloglovin’. They share their experiences and advice on facing early stage challenges such as fundraising and hiring.

Internet conferences serve to wider audiences, meaning you get to meet and interact with civilians, i.e. people not from technology industry. How do civilians who suck in new Forrester research on the Always Addressable Customer, see the world? How far have they and their businesses come with their Internet technology adaptation? Highly useful information for us techies who tend to live ahead of our time solving problems the civilians haven’t discovered, yet.

Business people are usually invited as speakers, organize their own pre-parties and seldom attend the official party. Same with investors, they arrange private dinners instead of the official party, and may not show up at the conference apart from the time on their scheduled appearance. Would the speakers also be locals, they usually head back to the office afterwards. To not go home empty handed, schedule appointments. Pure technology and startup conferences are easier for more informal ad hoc meetings with people on the event program.

Internet Conference: Only The Winner Gets Major Media Attention

This year’s winner Squadmail, dropbox for email, was the only one to get major tech media coverage, but even they were left out by TechCrunch and TNW. (which depending on your niche might not bring as much converting traffic than you hoped for anyway) Here’s Venture Village, GigaOm, ZDNet UK on Squadmail. Swiss blogger Sebastian Flury has a piece on all the startups in the competition.

The picture is of Florian Spathelf after winning Jason Calacanis’ heart at TWiST , and also one of the #Next12 pitching startups who didn’t win. Florian Spathelf, founder and CEO of Meine-Spielzeugkiste (My Toy Box), a subscription based collaborative consumption startup delivering parents piece of mind in a box with recommended educational toys for rent. An AirBnB for toys targeting the annual toy market spending of $2,6 Billion. My Toy Box was also one of the winners of This Week in Startups Berlin, and Florian was the only one taking the offer to attend Launch Festival. He was able to compare US startup conference vs. European Internet conference. Maybe no quite fair, but still an indicator:

#Next12: As one of the finalists, the conference main page generated some good quality leads and media attention, but unlike at Launch, and startup raising funding, he preferred to work the crowd than have a booth vanishing in the sea of sponsor booths.

Have an agenda. Be a person. Hustle.

If you think of going to 2 000+ attendees conference without a plan, you might as well not go. If you do go: Follow up. Asap.

2. Be A Person. Sell yourself, Not Your Business!

You’re always selling and always hiring. Yes, even when you find yourself at Internet conference, but are only looking for developers at the moment. The person standing in a coffee line might be your next sales/marketing person, business partner, or know your next lead developer, investor or business partner. Here’s the magic: Be a person, have a conversation, and always close up with the things you’re looking for. People will, first and foremost, remember how likable you were as a person, making them to refer you along. Sell yourself, not your business. Fred Wilson just posted a great list on where to look for strong talent when the conference doors have closed.

DON’T: Like one of the pitching startups at #Next12 spent all its time bad-mouthing a fellow startup instead of receiving feedback on their product. Please never do that, and especially to someone you meet at the very first time in a conference. In speakers lounge. With a media badge. They were looking to recruit… guess I didn’t have any leads.

3. Hustle – Rise Above The Noise. And Wear The Swag!

The best way to get noticed is to add value to the conference and attendees themselves. You don’t have to dress as clown to get noticed. Take Holger Dieterich, the lab manager of You Is Now incubator and organizer of Lean Startup Meetup Berlin, who had parked a VW bus by the entrance delivering fresh pressed orange juice to arriving attendees. Great way to get visibility instead of the tiny unnoticeable booth next to the sponsors’ monster booths inside. I sure was happy to tweet and EyeEm that!

More on time wasters: A highly recommended post by Jeff Miller, founder of Punchfork lists early startup time wasters, where not choosing wisely your conference attendance fits right in with “Let’s have coffee / jump on a call”.

Be Creative. Be Memorable. Make waves.

And just as last year, #Next12 was all hearts, with Mike Butcher holding hot seat sessions grilling venture capital and together with Robin Wauters mastering the moderator seat on main stage. Until next year, enjoy #Next12 in pictures!

Paula is Digital Product Advisor and Top 100 Women in Tech in Europe, focusing on Product, Go-to-market, and Internationalization strategies. She has to date mentored over 150 digital technology companies, and rated as one of the best startup mentors in Europe. Read more about her work and personal guidelines. Contact Paula to help you build better products and drive growth. “You never learn anything when you speak, only when you listen” – Roelof Botha / Douglas Leone, Sequoia Capital. Connect on Twitter, LinkedIn.